Raleigh, North Carolina and Ness Ziona, Israel – NovaQuest Capital Management LLC, a leading investor in life sciences and healthcare, announced a $20 million (USD) product financing agreement with Mileutis Ltd., an Israeli biopharmaceutical company, to help mitigate the use of antibiotics in animals. NovaQuest’s investment will drive the continued development and commercialization of Mileutis’ novel, biologically sourced, and residue-free therapies for animal health.  NovaQuest’s investment is its first ever in the animal health care field and in an Israeli company.

Mileutis is in advanced stages of development in the U.S., EU, and Israel of an innovative product which addresses the main concern in the dairy industry: bovine mastitis.

Mileutis plans to introduce Imilac™, for use in the management, treatment, and prevention of bovine mastitis at dry-off, with estimated potential annual revenue of above $1 billion globally. Mastitis is the most frequent disease in dairyherds worldwide, and the most costly. The novel residue-free peptide developed by Mileutis is the first in a series of patented products targeting the growing concern of antibiotic resistance and overuse of antibiotics in the global dairy industry.

Mastitis is a serious medical disorder in dairy cattle, involving the mammary gland and udder tissue in dairy cows. The disease can impair milk-secreting tissues in the cattle and its impact on the global dairy industry is enormous. Dairy farmers experience losses due to lower milk production, lower quality of milk, and the loss of dairy cows from the disease. According to the University of Glasgow, the global losses caused by bovine mastitis are estimated to result in $19.7 billion to $30 billion in annual financial burden. Currently antibiotics are the main therapy used in treating mastitis and are routinely administered once a year in the beginning of the dry period. However, antimicrobial resistance and the overuse of antibiotics have led researchers, regulators, policy makers and communities around the world to look for new and safer treatments.

The World Health Organization (WHO)  states that using antibiotics in food animals may also have a negative impact on human health by inducing the spread of antimicrobial-resistant pathogens that may spread to people, which is seen as a major health threat. Antibiotic resistance is a major global health problem and causes 1 death every 15 minutes in the US alone, according to the Center for Disease Control. Worldwide, it is estimated that antimicrobial resistance is responsible to cause 700,000 deaths each year globally and predicted to rise to 10 million. As a result of death and productivity losses, the antimicrobial resistance threat could cost $100 trillion globally by 2050 if no action is taken, according to a report published by the UK government.

Mileutis is developing residue-free natural proteins based on early research conducted at Israel’s Agricultural Research Organization (Volcani Center), and at Mileutis. The company is developing a line of patented biopharmaceuticals that it believes will revolutionize the way veterinarians manage mastitis and treat a wide range of diseases. Mileutis’ claims are supported by statistically significant results in a number of case-controlled, randomized, multi-center clinical trials.

The first line of products is comprised of peptides and specific protein fragments that have a positive impact on conditions that influence health and reduce antibiotic use in animal health management. The R&D effort is being led by Dr. Jose Iscovich, president, and co-founder of the company.

The European Medicines Agency (EMA) recently issued a positive opinion on the safety of Mileutis’ leading product and platform. EMA recognized that Mileutis’ product, which consists of casein hydrolysate, does not require a Maximum Residue Limit (MRL) evaluation. This is viewed as an important milestone on the path to replacing the use of antibiotics in the dairy industry.

David Javier Iscovich, CEO and co-founder of Mileutis, stated: “Our vision goes beyond bringing Imilac™ to the dairy market. By replacing antibiotics in animals such as dairy cows with safer biopharmaceuticals, we will protect animals and save people from the health damages associated with the development of antibiotic resistance. Our platform, which acts by stimulating the immune system, will pave the way towards the development of additional therapies for both animal health and human health. The funding from NovaQuest is more than a vote of confidence in our company and products – it is a vote of confidence in our vision.’’

“We are thrilled to continue empowering innovation in the life sciences by funding the development and commercialization of Mileutis’ technology,” said Jonathan Tunnicliffe, NovaQuest Chief Investment Officer.  “We are excited to have Mileutis as our first partner in this space and we look forward to continuing to work with them to bring these exciting products to market.”  Brian Axe, NovaQuest Principal, said, “We believe Mileutis’ product line and technology platform represent a paradigm shift that is much needed in the industry that will not only improve animal and human health by enabling more sustainable milk production, but will also enhance the wellbeing of dairy cows.”

Back to news page 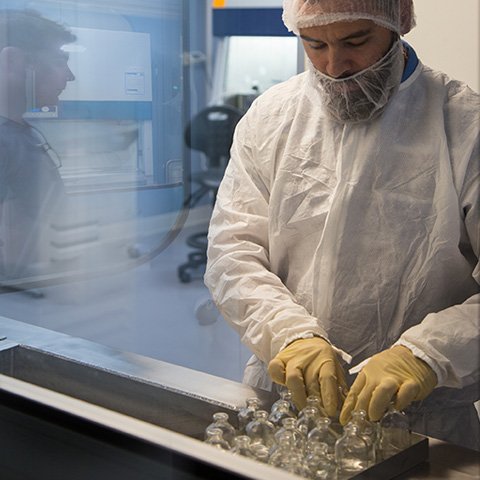 This website uses cookies to improve your experience while you navigate through the website. Out of these, the cookies that are categorized as necessary are stored on your browser as they are essential for the working of basic functionalities of the website. We also use third-party cookies that help us analyze and understand how you use this website. These cookies will be stored in your browser only with your consent. You also have the option to opt-out of these cookies. But opting out of some of these cookies may affect your browsing experience.
Necessary Always Enabled
Necessary cookies are absolutely essential for the website to function properly. These cookies ensure basic functionalities and security features of the website, anonymously.
Functional
Functional cookies help to perform certain functionalities like sharing the content of the website on social media platforms, collect feedbacks, and other third-party features.
Performance
Performance cookies are used to understand and analyze the key performance indexes of the website which helps in delivering a better user experience for the visitors.
Analytics
Analytical cookies are used to understand how visitors interact with the website. These cookies help provide information on metrics the number of visitors, bounce rate, traffic source, etc.
Advertisement
Advertisement cookies are used to provide visitors with relevant ads and marketing campaigns. These cookies track visitors across websites and collect information to provide customized ads.
Others
Other uncategorized cookies are those that are being analyzed and have not been classified into a category as yet.
SAVE & ACCEPT
Checking...